Digging in THE DIRT with the Triangle Land Conservancy! 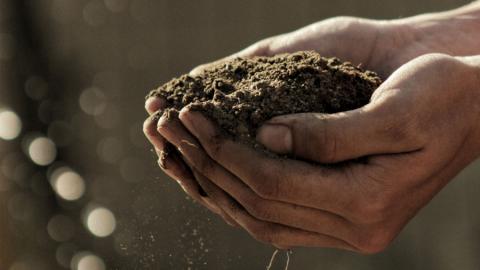 Thanks to Hannah Shapiro, Intern with the Triangle Land Conservancy (TLC), for this interview! This is from the TLC Blog, THE DIRT.

A Conversation about Green Burials with Sara Williams

A few days ago, I had the opportunity to speak with Sara Williams, an advocate for green burials. I was a bit nervous to talk with her because death isn’t something we talk about. It’s one of the very few guaranteed aspects of life, yet the subject is too often avoided. Sara’s goal is to change that trend, to get people to talk about death and to figure out the best and most environmentally friendly plans for when we die.

In high school, Sara was told that she was obsessed with death by a classmate, and she’s embraced that idea since, “but not in a macabre way.” She recalled her first experience with death; as a child, she attended a funeral for one of her school friends and thought, “that’s not him.” As Sara sees it, we’ve lost the ability to take care of the people we love the most in our conventional ways of dealing with death.

“There’s something wrong with the way we bury people, we’ve sold our souls to the funeral industry.”

Sara reminded me of the nearly unbelievable cost that it takes to have a funeral, an enormous stress to families that are going through the death of a loved one. She affirms that the traditional way of dealing with death in our country is both a social justice problem and an environmental problem.

Sara believes that individuals should have a choice about what happens to their bodies after they die, whether it’s a traditional burial, cremation, or green burial. And her goal is to educate people about the impacts that their decision may have on the environment.

In a conventional burial, the embalming process releases numerous chemicals, including formaldehyde, into the environment. In this process, hardwood, steel, and concrete vaults are also buried in the ground. Because of this, Sara said many people decide, “I’ll just be cremated,” without really thinking about it and understanding what that means for the environment. Along with the immense amount of mercury and other toxins that our bodies accumulate throughout our lives, emissions from the fossil fuels used in cremation each year in the United States could drive a car to the moon and back 84 times.

Green burials are a way to avoid burying toxic chemicals in the ground and releasing immense amounts of fossil fuels and toxins into the atmosphere. In this process, the body is placed in a shroud or pine box and buried naturally, without the chemicals, vaults, concrete liners, and expensive hardwood or metal caskets.

In 2014, Sara became a board director with the National Home Funeral Alliance after attending a conference in Raleigh. She also started her local Death Café, which she says isn’t a support group, but rather a place where individuals come together to have conversations about death and dying.

Now, Sara works with families that want home funerals to help them, “reclaim the sacred tradition of caring for our own.” She told me about the first time she helped somebody take care of the one that they loved, to fulfill a mother’s wish to be buried naturally, in a pine box in the Shenandoah Valley. She remembers how tender and beneficial this process was for the grieving daughter, and how important it can be to embrace the work of caring for our dead instead of running away.

Sara is looking forward to retiring this summer to spend more time with her young granddaughter, and she is eager to continue advocating for green burials. There are only three cemeteries in the state that offer green burial sites (all hybrid). The first conservation burial ground opens this spring in Mills River, near Asheville. She says people in the area often ask about it and her hope is to help find a space nearby for those who want a green burial.

In looking for options in the Triangle region, Sara has approached TLC as a potential partner. TLC is always open to creative conservation strategies and thus, staff and board members are taking time to learn more about green burials and how they may fit into TLC’s conservation mission.

In emails following our conversation, Sara shared something that her good friend, Bill Gupton, likes to say.

“Our Western culture desperately declares, at every possible opportunity, that human beings are somehow separate from, somehow elevated above, the natural world. Yet deep inside, all of us know that is simply not true. And modern science confirms what native people have told us – that we are inextricably woven into the fabric of all existence. You come from stardust. You, and I, are connected. Wouldn’t it be incredible to be able to bury your loved ones – to be buried, yourself – in a truly traditional human way? To return to the earth, to become part of the natural cycle once again.”

Previous Article Bone(s) of Contention!! Next Article The 11th Commandment