Shrouded in Mystery No More: How My Sister Lived through her First Home Funeral Let me begin by saying that this whole post is dedicated to my sister, Denni, who managed somehow to get outside of her fear and disgust with all bodily secretions in order that she might help me with Kate's home funeral.  All her life, Denni has avoided the sights and smells of what comes out of our orifices.  I can still see her fanning the air vigorously while changing one of her children's diapers; gagging over the sight of blood when someone got a scrape; running at MACH speed to avoid someone in the process of vomiting.  Me?  I was captivated by it all, and still am.  These are signs of LIFE!

On July 8th, we had been in Hickory, North Carolina all day visiting our father who was declining rapidly.  I absconded for an hour or so to go over and visit with Deloy and Kate, friends who I had been companioning since November when Deloy called me and told me Kate's breast cancer had returned.  "Sara," he said, "I expect I'll be needing a home funeral guide at some point.  Will you help me?"

Clearly, on this day, eight months after that first phone call, Kate was actively dying.  Deloy had been a vigilant caretaker, and as a physician could often make suggestions to Kate's medical team.  I sometimes wondered if Kate would ever grow tired of the additional radiation and chemotherapy, or the feeding tube, but she never faltered.  Not until the last couple of weeks when the metastases were just hell-bent on having their own way.

I had grown so fond of visiting them both, and it was easy enough to do because their home was only about 15 minutes from Dad's assisted living facility.  So we grew in our comfort and friendship, even when that meant discussing Kate's eventual death and what she wanted to happen.  Kate admitted that the first time she met me she didn't know what to think, because my "energy" was confusing (!).  "Then I realized you just had a big ole' heart and wanted to genuinely help."  Thanks, Kate, for putting your trust in me, and for the gift of your friendship and allowing me to care for you.

Denni and I returned to Winston-Salem, an hour away, after my brief visit with Kate and our visit with Dad.  We decided to go have dinner and unwind, thoroughly relaxing over our fabulous food and wine.  Once back at Denni's house, my phone rang.  I could see it was Deloy calling.  "Sara, Kate just died" he told me.  It was about 7:30pm, and I asked him if he wanted me to come now or wait until the early morning.  "I really want you to come tonight."  So I told him I would be there in a little over an hour.

"WAIT!  I WILL GO WITH YOU!"  Denni said.  (was I hearing things???)  "You can't go back by yourself so I will go with you!"  Is she serious?  She wanted to accompany me on this home funeral?  My little sister who really isn't quite sure about what I do, but knows enough to stay pretty far away and not ask questions?

Then I remembered.  I remembered how this is what happens with home funerals.  People come together, work together, love together.   And my sister---the one who can't abide even thinking about bodily fluids (you know...spit, serum, snot and shit)---she was the one who was a force of love that night, even though she had  no idea what to expect. 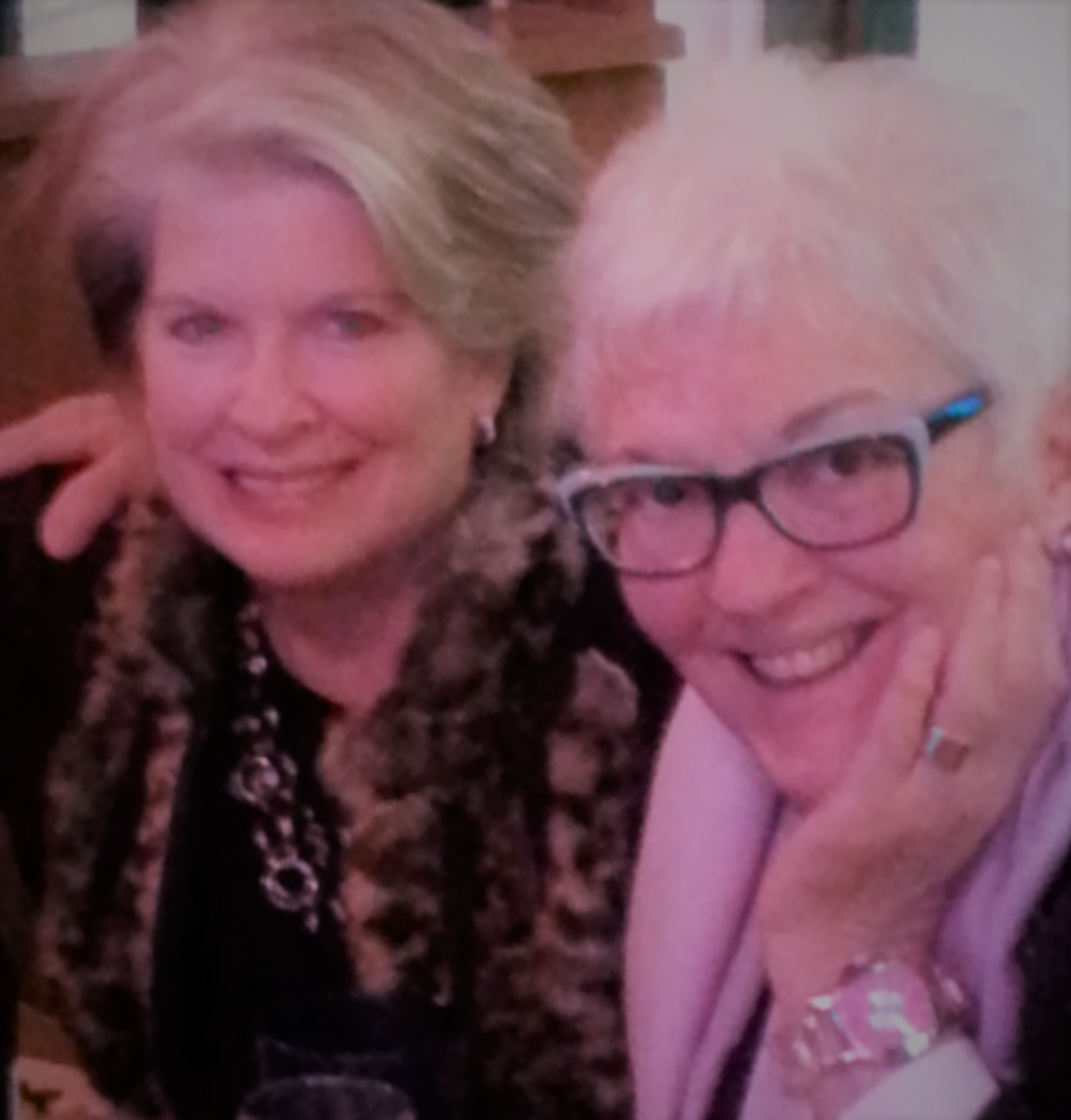 When we arrived, I hugged the heck out of Deloy and he led me back to their bedroom where I had seen and spoken to Kate just hours before.  I had an immediate epiphany about how to capture in a photograph what I wanted to share with the WORLD.  See, people?  ANYBODY CAN GET READY FOR AND DO A HOME FUNERAL!!!

Heres what I saw when I arrived, and you can see how easy and simple it was to freeze water in bottles to act like dry ice until you can get some dry ice in the house (or better yet, order some Techni Ice ahead of time). 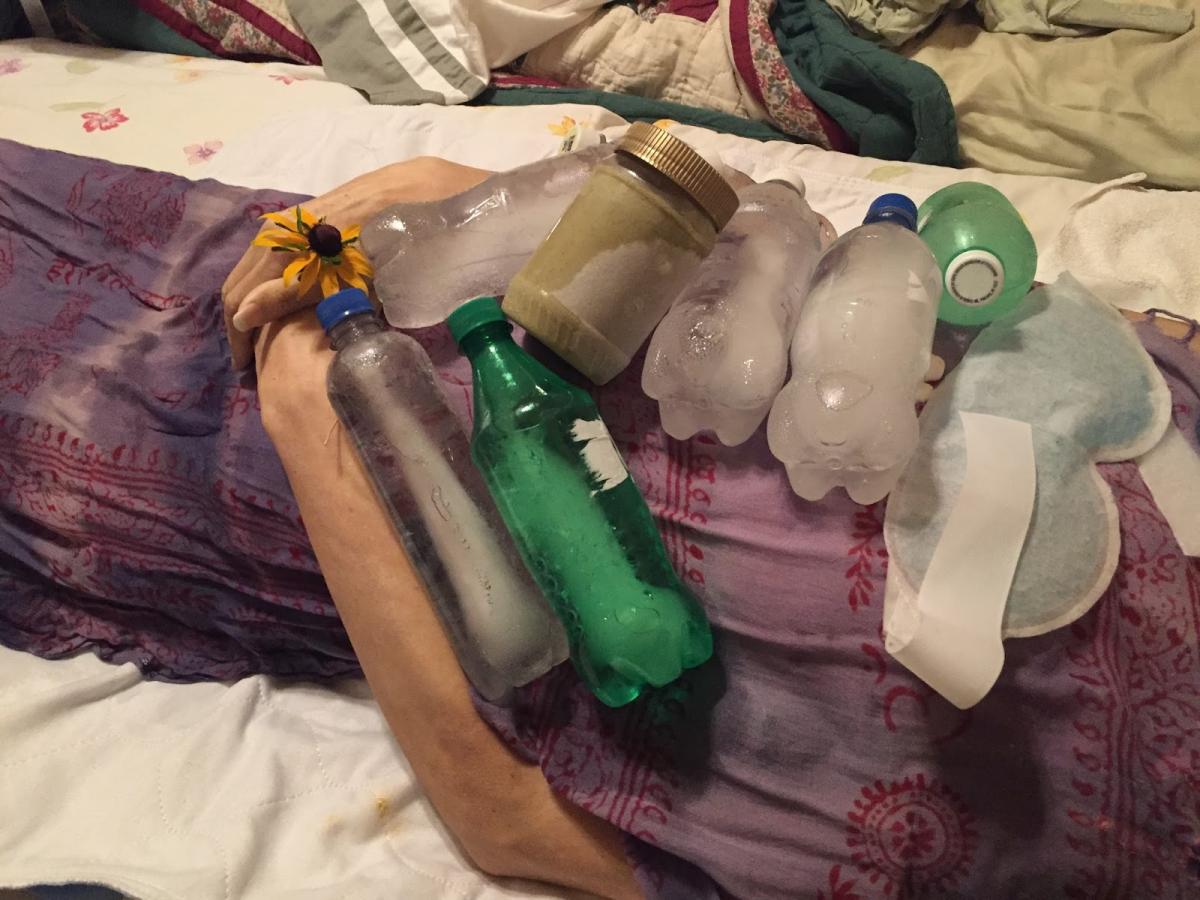 And so we began...Kate's loving community:  Deloy, his two sons Cory and Brandon, Celia and her husband Jose, a part of this family for so many years, and neighbors Kim and Martha.

And there was Denni, all the while at the bedroom door's threshold, taking pictures and videos with her cell phone.  I will include one of my favorites here because it shows Celia reaching out to Deloy as they are anointing the body of their beloved Kate. 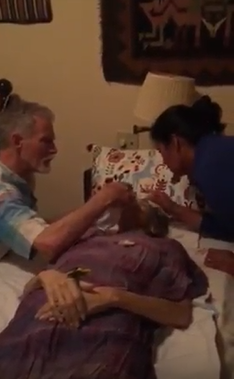 Everything else was just as beautiful...family and friends working together in love as we prepared Kate to lay in state for three days so other family and friends could come be with her in a home setting.  There was laughter; there were tears; there was so much love in that house it was palpable.

And there was my sister, capturing it all, who would tell me later as we drove back home how this had been a life-changing event for her.

And I think really that's what it's all about.  How we reach out and educate our family and friends, however "gross" they may perceive this work to be, one home funeral at a time.

Previous Article The Moving Finger Writes; and...YIPES! Next Article "WE BURIED HIM UP!!"