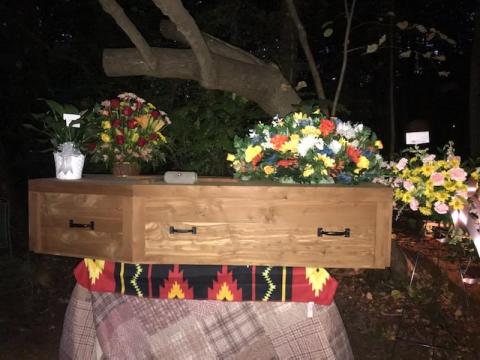 I remember the day in May when the hospice social worker called and told me that she had a patient who wanted to be buried on her own property.  “Can she really do that?  My supervisor gave me your card and said you would be able to help.”  My first thought was, “Hallelujah!  Someone at hospice actually paid attention to one of those talks I gave!!”

Some six months later, I would witness Tina get exactly what she had wished for.  A beautiful home funeral AND a burial in a private grove at the back of her home.  Readers, this was a textbook case.

There were a lot of messages exchanged between me and Tina’s daughter, Dana.  I remember even feeling a bit exasperated because of all the questions! Quick exchanges of information are no substitute for in-person chats, and I felt the need to visually assess their situation since they lived in another county. I told Dana I would come out to talk to them.  You know, walk around the property and scope out everything.  She was worried whether she had to pay me.  “No,” I told her.  “This is part of my free initial consultation.”

I didn’t bargain for the two pit bulls at the front door.  Or the kid who appeared spooked and yelled out, “HEY!  THAT LADY IS HERE!” I only knew that when Lester walked out to meet us, he was visibly heartbroken.  My presence confirmed the imminent reality of his wife’s death.

Lester knew about the setback rules (e.g., graves must be 100’ from a well) because I had given this information to Dana earlier.  We walked around to the little grove where Tina wanted to be laid to rest.  It was tricky to navigate as we stepped over tree roots, branches, and rocks.  Once inside the copse, my husband Hank looked around and said, “Lester, how are you going to get a backhoe in here?”  Not to worry, Lester told him.  His friend Allen knew all about this sort of thing.  Hank shot me a look with an eye roll.

Weeks would go by without any communication from Dana.  Then there would be questions, and I would answer them, and then silence.  At one point I assumed they might have written me off, figuring they could do all this on their own.  I was in the middle of planning a huge, statewide conference and had several public speaking engagements.  I had just convinced myself that if Tina died during all this, I would have to provide any last-minute particulars via cell phone.

I got the call from Dana late on a Friday afternoon, which would allow me to travel the 30 minutes out to their house to do the home funeral, and still be home in time to get rested for the next day’s event. Family and friends were congregated outside on the steps, and inside in the den, waiting for the lady who was coming to help prepare Tina’s body.  They watched closely as I went straight to Tina, reached out to stroke her hair, and then listened intently while I told them how I would proceed.  “We are going to turn ordinary tap water into sacred, holy water for the blessing of this body,” I told them.  “As I go through this ritual we may fumble or make mistakes, but that is okay.”   During the body blessing, Sherry asked me from the foot of the bed, “Can I help with the heart part?  My daughter died last year and she and Tina were so close.”  She came around to get next to me on the side of the bed, dipped the washcloth in the lavender-scented water, and anointed Tina like a priest.

Dana was a blessing, never faltering as we attended to every detail while dressing her mother.  The beautiful cedar casket, handcrafted and donated to the family by friends, had just been delivered. I was motioned to come into the den. Lester turned to me and said, “Lean in and smell.”  That was the moment I knew without a doubt that the significance and splendor of this whole experience had been achieved.

Then we called in the men to help lift Tina into the casket.  They had frozen SO many water bottles just as I had instructed and began placing them all along the inside of the casket.  They covered Tina with her prayer blanket, then stood to look on at how radiant and peaceful she was.

Never doubt that a family can do all this themselves.  Each person who is present becomes part of a healing, organic experience in a safe and familiar place with care performed by loving hands.   Tina was buried three days later.  Exactly as she wanted. 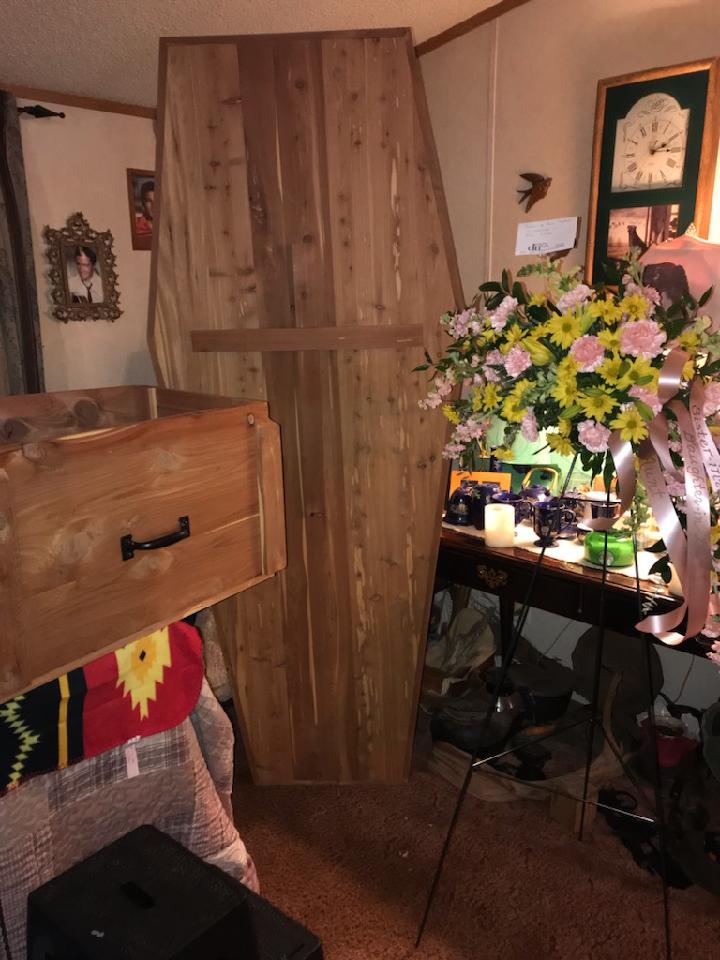 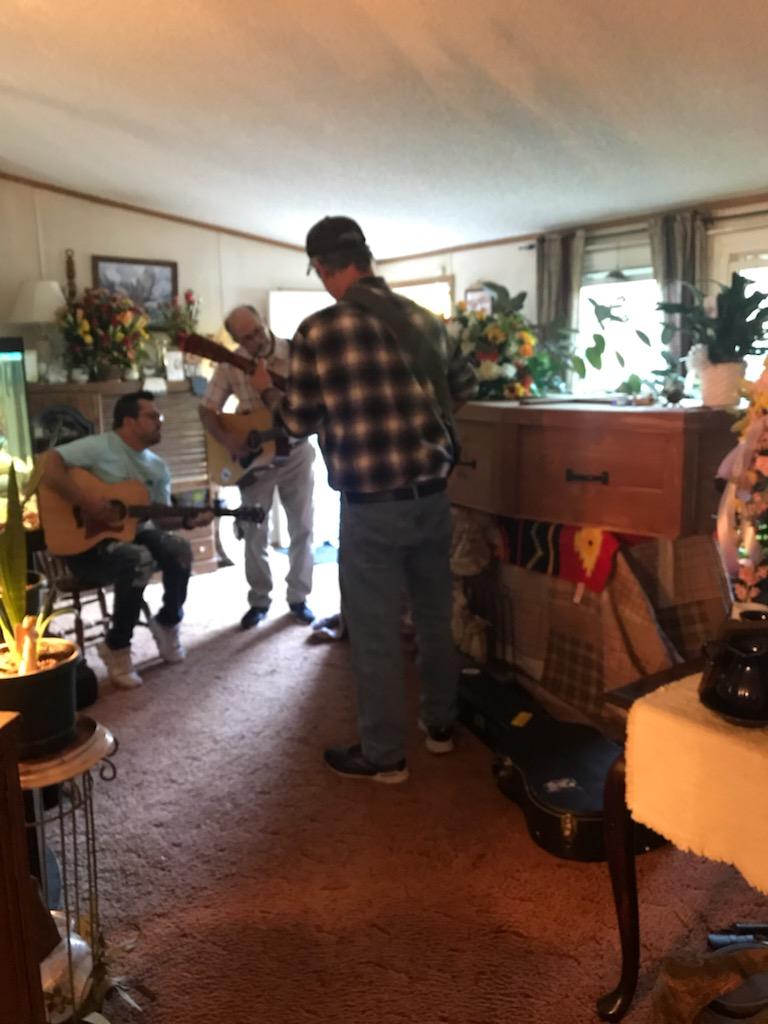 Previous Article FINAL Boarding Call! Next Article I WAS SHORT-SHROUDED!!!!!!!!!!!!!!